qScript microRNA cDNA Synthesis Kit is intended for molecular biology applications. This product is not intended for the diagnosis, prevention or treatment of a disease.

We are happy to provide you the sequence of your assay so that you can continue ordering it through any vendor of your choice. To download the Excel sheet containing the assay sequences, please click HERE. Use the CTRL-F function within excel to search for your assay of interest and find the corresponding sequence.

The qScript microRNA cDNA Synthesis Kit is suitable for use with total RNA or preparations pre-enriched for microRNAs.  A poly(A) tail is added to microRNAs followed by cDNA synthesis using an adapter primer and qScript RT in a single-tube reaction. The resulting cDNA is ready for qPCR amplification with a Universal PCR Primer and your choice of microRNA Assays. This unique single-tube system provides ease-of-use and efficient cDNA synthesis for quantification of microRNAs with a high degree of sensitivity and specificity. PerfeCTa&trade; SYBR Green SuperMixes ensure compatibility with any real-time thermal cycler. 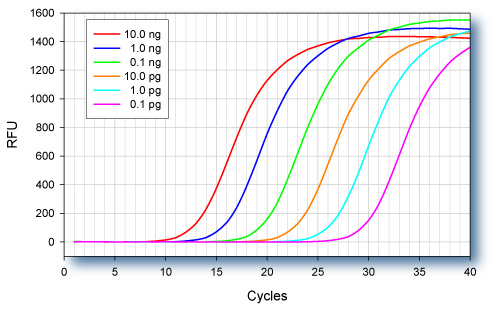 Quanta's microRNA profiling system provides linear detection and quantification of microRNAs across total-RNA input levels spanning six orders of magnitude. This means microRNAs will be detected when present even when tissue is scarce or the microRNAs are rare. 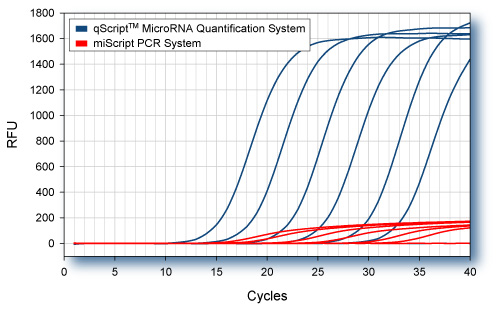 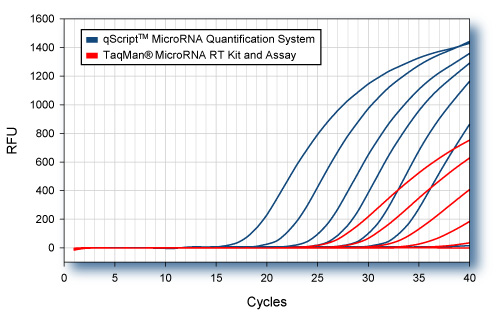