PerfeCTa SYBR Green SuperMix is intended for molecular biology applications. This product is not intended for the diagnosis, prevention or treatment of a disease. 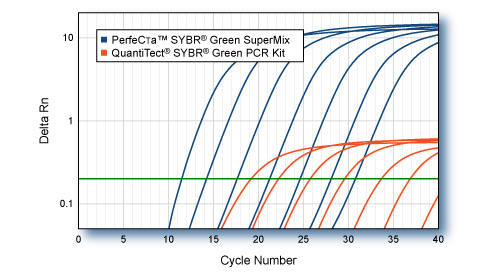 <
>
What Customers Say
PerfeCTa SYBR Green SuperMix has been my first and successful experience that boosted my confidence for qPCR. I am really satisfied with its performance."
Teaching Assistant
Ohio University